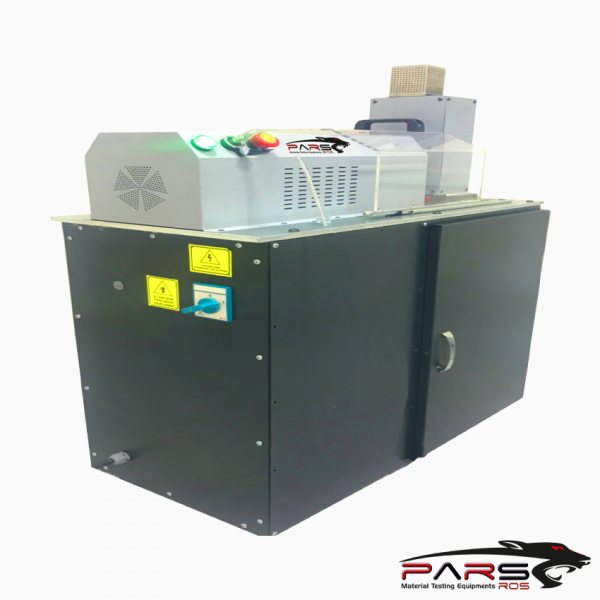 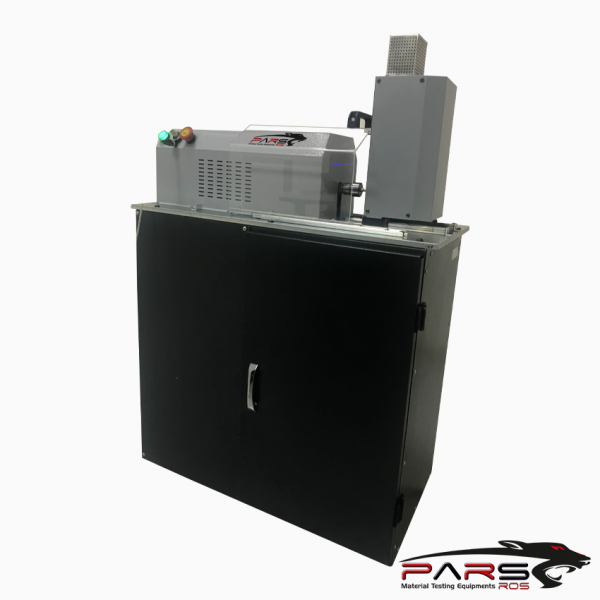 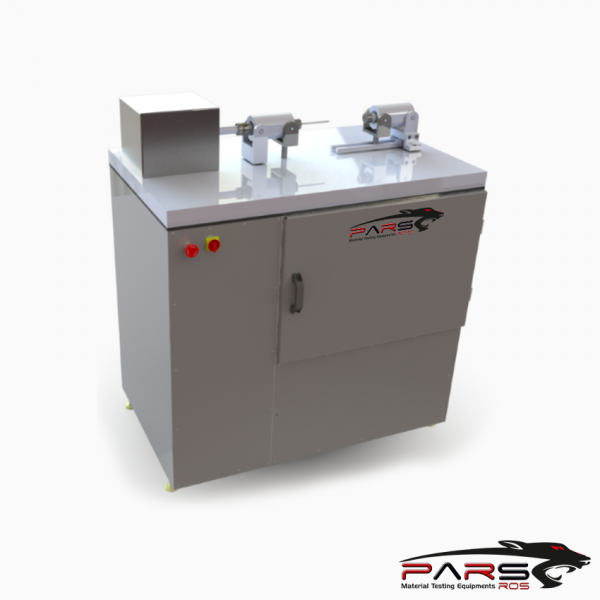 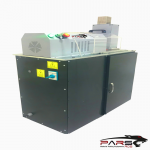 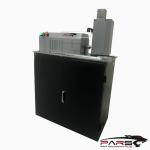 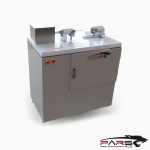 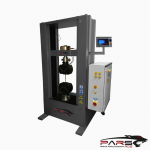 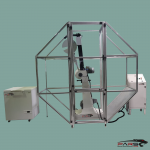 Charpy Izod Impact Testers
0 out of 5
( There are no reviews yet. )

ParsRos Rotary Bending Fatigue Testing Machines  are suitable to test the fatigue strength of metals or other materials. These machines test the bending fatigue

limit of metals under the action of symmetrical, repeatedlyalternating bending force.

ParsRos Rotary Bending Fatigue Testing Machines  are suitable to test the fatigue strength of metals or other materials. These machines test the bending fatigue

limit of metals under the action of symmetrical, repeatedlyalternating bending force.

These systems are simple in structure, easy to operate, stable and reliable.

The machine design aims to implement load from two points on the rotating sample.

The sample functions as a simple rod and the load is loaded symmetrically at two points. When rotated half a turn, the stress-es in the clamping jaws are initially

reversed by placing the load on the sample. When the cycle iscompleted, stresses are generated in the opposite direction so that a complete bending stress cycle is

generated during a full cycle.

*** Our Rotary Bending Fatigue Test Machines are used in educational and research institutes to carry out fatigue tests of materials under bending and rotation.

Rotational moving parts and machine parts are subject to periodic fluctuating loads. Even if the dynamic load is well below the static load capacity, the cracks can

be suddenly spread after reaching a critical size and the size of the loads causing damage can be less than the tensile strength and / or yield strength of the material.

This load may cause the component to break after a long time due to material fatigue.

It shows the basic principles of fatigue strength testing and the creation of the Wöhler diagram (S-N curve).

Clean regular and simple operation means that the experimental sequence can be seen in all details and stages.

In the test, a cantilever mounted and rotating cylindrical sample is subjected to a single force.

The load on the sample corresponds to a cantilevered bend-ing beam.

The sample is directly subjected to bendingstress and the material is broken after a certain number of load cycles due to fatigue.

In the load application system, the necessary force is generated by means of a ball screw and a moving support.

The load amplitude can be adjusted continuously by means of a screw shaft or precision servo systems.

The non-contact encoder records the number of load cycles and displays them digitally.

The impulse for the encoder is provided by the inductive proximity sensor on the motor coupling. The encoder can also be used to measure speed.

When the sample breaks, the stop switch automatically stops the electric motor. A protective sheath protects against flying parts.

These systems are simple in structure, easy to operate, stable and reliable.

Compact table unit with constant bending, adjustable holders for specimens and the possibility to adjust the cooling temperature to -30 ° C,